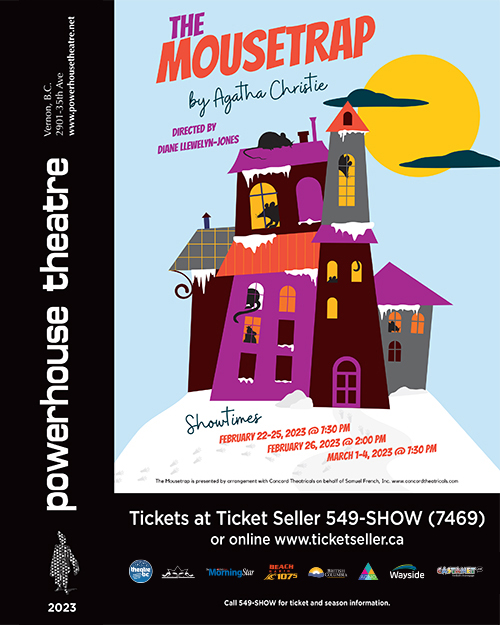 As news spreads of a murder in London, a group of seven strangers find themselves snowed in at a remote countryside guesthouse. When a police sergeant arrives, the guests discover – to their horror – that a killer is in their midst! One by one, the suspicious characters reveal their sordid pasts. Which one is the murderer? Who will be their next victim? Now in its 70th year, the Daily Telegraph declares it “the cleverest murder mystery of the British Theatre. I think Mousetrap could run forever.”