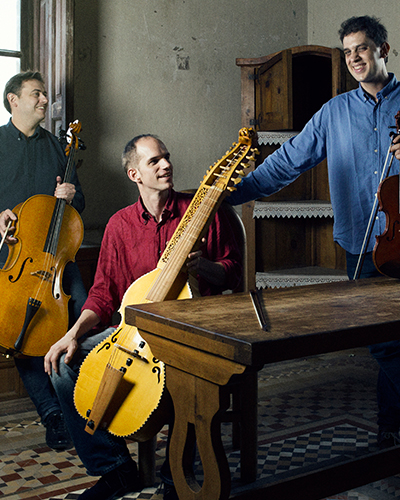 The Valencia Baryton Project was formed by colleagues from the opera of the Palau de les Arts (Valencia) and the Orchestre Nationale de Montpellier with the vision of performing the nearly 160 works written by Franz Joseph Haydn for the baryton. At the heart of the ensemble is the traditional baryton trio - baryton, viola, and violoncello - for which Haydn wrote 123 works of outstanding beauty during his time as the court composer for the Prince Esterhazy of Austria.

With Matthew Baker, one of only a handful baryton performers in the world, the Valencia Baryton Project have delighted audiences in North, Central and South America as well as Europe with what is considered to have been the pinnacle of aristocratic instruments of the classical era. Their work has been described as ‘delightfully inventive”