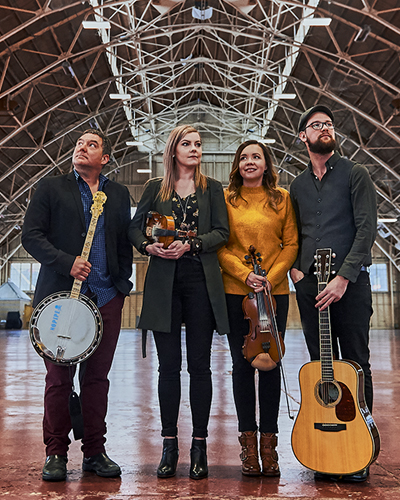 When the creative juices are flowing, there’s no holding back the talented quartet that makes up the Celtic supergroup Còig.

All this is fresh off the success of the album Rove, which won the group a 2018 East Coast Music Award, as well as was recognized with a JUNO Award and Canadian Folk Music Award nomination. With a combined total of over 30 group and solo awards and nominations, the four members of the band are well respected players in the Celtic world.

Còig's music is a unique combination of influences that could only come from these four players. It's traditional for sure, but it's performed in a lot of non-traditional ways. "We all come from sort of a traditional background, but then we have different influences that we're interested in," explains fiddler and singer Rachel Davis. "Chrissy likes to dive into a lot of world music, Darren comes from a kind of Irish theme from playing around. More of the traditional Cape Breton music is really what I love, plus all the folk songs, so it's an interesting mix.”

That leads to the other magic ingredient in Còig. It’s a band of fast friends, people that grew up together, played together, and knew each other way before they ever considered being in a band together.

The best in trad music, in a non-traditional way. That's Còig.