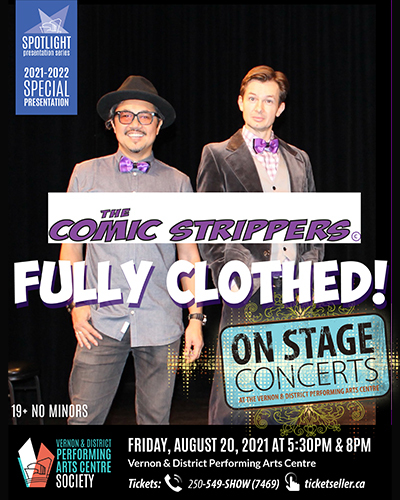 In this stripped down two person version of the show, members from the cast shed their characters, keep their shirts on and the laughs going. Designed for more intimate settings and smaller venues, this is your chance to get to know the real comedians underneath the bow ties.

Get exclusive VIP access to these comedians doing what they do best… Improv Comedy. In THE COMIC STRIPPERS - FULLY CLOTHED these comedic 10's are dressed to the nines!

Don’t miss this chance to see some of the members of this famous Canadian award winning comedy troupe on tour near you!