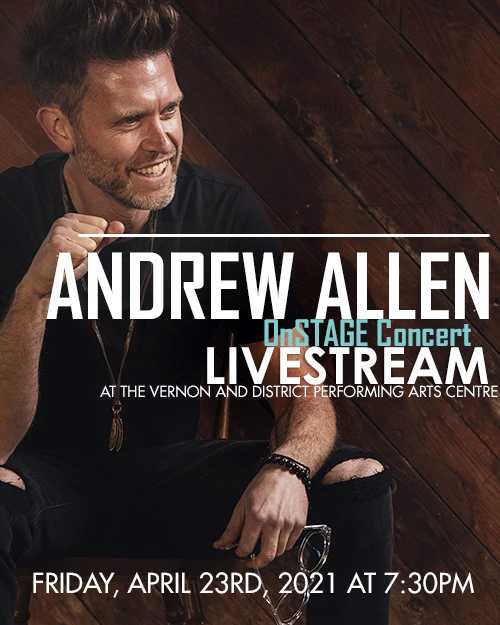 Radio play and songwriting aside, Andrew is a true live performer with an exceptional voice, incredible songs, some serious live looping chops and limitless energy... not to mention a spatter of comic wit and story-telling ability that helps create a dynamic and interactive live show. He's definitely an artist that embodies the term 'live'.

Live Stream starts at 7:30pm Waiting room opens at 7:00pm. This is live, so don't be late! Click Here on how to buy and watch a streaming event

The Vernon and District Performing Arts Centre Society proudly presents Andrew Allen for a One Day Only streaming event.