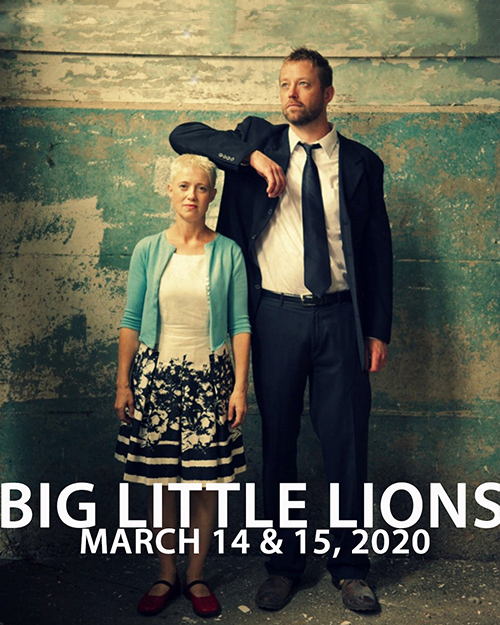 × Big Little Lions turn helpless apprehensions into hopeless optimism with their latest album Alive and Well - a collection of songs that manage to capture this moment in time in a way only a songwriter can.

The pairing of two individually successful songwriters - Helen Austin and Paul Otten, Big Little Lions have continuously been recognized for their writing. Including 1st place in the International Songwriting Competition, Song of the Year in the John Lennon Songwriting Competition and Ensemble of the Year at the Canadian Folk Music Award. Alive and Well is their natural progression and comes at a time when the role of the songwriter seems as important as ever.

With Austin based on Vancouver Island, BC and Otten based in Cincinnati, OH the duo proves that borders do not divide us and that art can bring us together.

Alive and Well was released on released Feb 23, 2018 and followed by a North American tour.